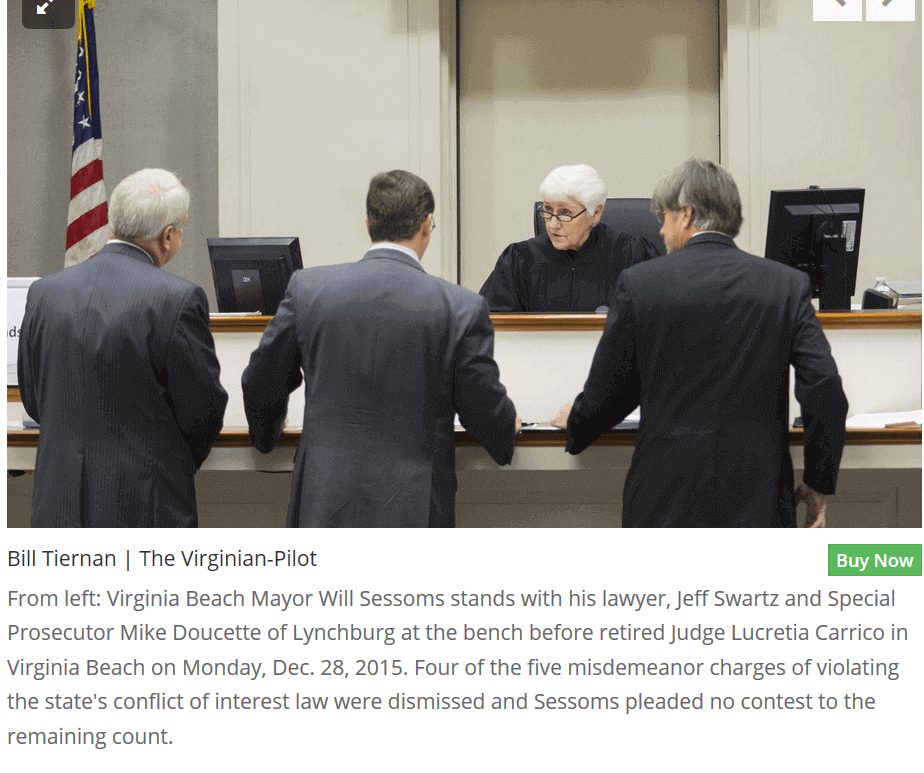 Partner, Jeffrey Swartz, successfully represented Virginia Beach Mayor, Will Sessoms.  Following a 14 month investigation in which 5 charges were brought against Mayor Sessoms for conflict of interest, Swartz obtained a dismissal of 4 charges and a no contest plea to the remaining charge for which the Mayor received a fine which was suspended.  Throughout the entire investigation, Swartz maintained as quoted in the Virginian Pilot that “Over the many years that Mr. Sessoms has worked on behalf of the City, his reputation for honesty and integrity has been beyond reproach. Mayor Sessoms never knowingly or intentionally violated the Conflict of Interest Act or any other legal obligation which he has to the citizens of Virginia Beach.”  Mayor Sessoms will continue serving the citizens of Virgina Beach as Mayor.