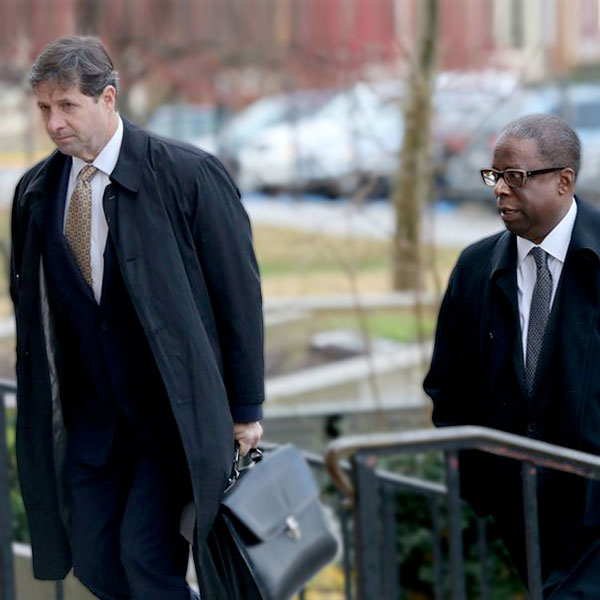 Virginia Beach’s longtime former economic development director got a suspended jail sentence Monday after admitting to embezzling nearly $80,000 during the 11 years he served in the position.

Warren Harris walked out of a Virginia Beach courtroom without having to serve a day in jail. The 65-year-old, however, will be required to repay the $79,479 he inappropriately charged taxpayers on a city credit card. Among the expenses he charged was a 2018 trip to Spain for the annual Running of the Bulls festival.

Harris expressed remorse for his actions and “lapses of judgment” before the sentence was issued by Circuit Judge Steven Frucci. Sitting behind him in the courtroom were his family and several supporters, including former Virginia Beach Mayor Will Sessoms.

“I certainly want to apologize to the citizens of Virginia Beach, to city officials and to my family,” Harris told the judge. “I know that I’m better than this and I feel the burden of letting people down.”

Because Harris has no prior criminal record, state sentencing guidelines suggested he get nothing more than probation. Commonwealth’s Attorney Colin Stolle called the guidelines “completely inappropriate” and asked Frucci to give Harris jail time.

Stolle said Harris created false financial statements to justify trips to places like Dubai, Panama, California and Florida and ordered employees to create the statements in some cases, all so that he could “knock things off his bucket list.”

Frucci said that while the betrayal of trust was great, he didn’t think jail time was appropriate considering Harris’ clean record and strong support from friends and family. Dozens of letters were sent to the court in support of him.

“The crimes are serious and the loss is substantial to the City of Virginia Beach,” the judge said. “But you’ve got support that is the strongest I’ve probably ever seen.”

Harris served as the city’s economic development director from 2007 to 2018. He was fired amid an investigation of his credit card use and pleaded guilty last year to four counts of felony embezzlement by a public officer.

As the head of the department, Harris was allowed to approve his own expenses. The city changed that policy after his resignation.

The investigation — conducted by Virginia Beach police, prosecutors and the FBI — also revealed that he’d made passive threats to employees about the consequences of reporting him to the city auditor. After another city employee was fired for embezzlement, Harris reportedly told employees during a recorded staff meeting that “snitches get stitches.”

Among Harris’ illegal expenditures was $39,500 to place ads in the NCAA Final Four program, Washington Nationals Yearbook and for the MLB All-Star Game. He got more than a dozen complimentary tickets to MLB and NCAA Final Four games in return.