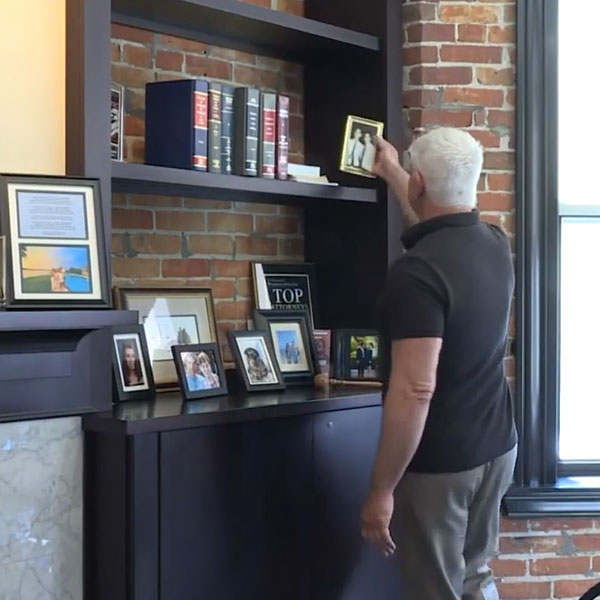 Attorney, Mike Goodove, sat down with WTKR to talk about the latest push by the National Transportation Safety Board (NTSB) to have drunk driving prevention technology in new cars.

By: Antoinette DelBel | Link to the full article on WTKR.com

NORFOLK, Va. – Mike Goodove holds on tight to a picture of him and his younger brother Jeffrey at the University of Virginia in 1990. It’s the last photo ever taken of the pair.

Five months after the photo, Goodove said his 19-year-old brother was killed by a drunk driver.

“He was a wonderful person,” he said. “He was very outgoing; had many friends; was a pre-med student; was headed to medical school; and by no fault of his own, or the other individuals in his car, his life was cut short.”

That horrific night was more than 30 years ago.

Since then, Goodove has been advocating for tougher drunk driving laws as the Southside chapter president of Mothers Against Drunk Driving (MADD). He started the local chapter a couple of years after his brother’s death.

“We’ve been very active with victim work as well as legislatively,” Goodove said. “We’ve seen a lot of very good changes occur in this area.”

The Virginia Beach native and attorney, says he supports the latest push from the National Transportation Safety Board (NTSB) to have drunk driving prevention technology in new cars.

The hope is to cut down on the number of alcohol-related crashes.

“We’ve got the technology available; it’s cost-effective and makes is safe for everybody on the highway,” said Goodove. “The problem with impaired driving is when somebody is impaired and get behind the wheel, they’ve got a several-ton weapon at their disposal and it’s dangerous, not only to them, to others on the roadway.”

The NTSB is recommending installing new equipment in cars to keep impaired drivers from getting behind the wheel. Devices include alcohol detection systems and driver monitoring systems.

In an investigation crash report released Tuesday, the agency said driving under the influence of alcohol is one of the biggest causes of highway crashes in the country.

Goodove believes the technology could help save lives and could have prevented his brother’s death.

“It just tears me apart to watch what it does to a family,” he said.

For now, that picture of Goodove and his brother sits in his Norfolk law office as a reminder to never stop fighting.

“I think it would be a wonderful tool because unfortunately, some people don’t recognize that they are impaired and get behind wheel,” said Goodove. “They should, but don’t.”

Congress passed a law last year requiring the National Highway Traffic Safety Administration (NHTSA) to set the safety standard for automakers to install alcohol-monitoring technology within three years, but the agency can ask for an extension.

Goodove is hopeful the equipment will be installed soon.